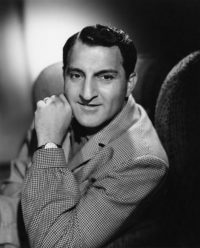 Danny Thomas (6 January, 1912 – 6 February, 1991) One of 10 children, Danny Thomas was born as Amos Muzyad Yakhoob Kairouz in Deerfield, Michigan, to Charles Yakhoob Kairouz and his wife Margaret Taouk, immigrants from Becharre, Lebanon. Thomas was an American nightclub comedian, singer, actor, and producer whose career spanned five decades. He created and starred in one of the most successful and long-running situation comedies in the history of American network television, in addition to guest roles on many of the comedy, talk, and musical variety programs of his time, and his legacy includes a lifelong dedication to fundraising for charity.