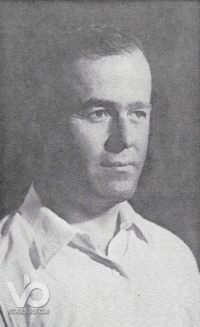 Hussein Kaidbey (? – 1975) The son of the renowned horseman Abbas Kaidbey, his mother was the sister of Sheikh Mohammed Daoud Abu Shakra (the spiritual leader of the Druze community).

Although little has been recorded of the background and early years of his life, Hussein Kaidbey was a Lebanese scientist of international repute. He specialised in electrical and refrigeration engineering. He received training in London in this field, and was responsible for bringing reliable cooling and refrigeration systems to many Gulf nations including Saudi Arabia, Iraq, Syria, Jordan and Egypt.

In the late 1930s, he wrote an instructional book about electricity and generators, comprising 5 sections and 110 photographs. It was believed to be the first of its kind in the Arabic language, and enabled many students to learn to assemble electrical wiring and machinery.

Kaidbey was a vocal environmentalist before it was fashionable. In 1960, he bought a large property of 6,500 sq metres, on a hilltop in Baysour. He named the property The Green Arrow, and proceeded to build a fortress-style villa, complete with watch-tower and an underground tunnel. He named it Bourj el Alia (High Tower). Building was completed in 1965, and hosted guests including his friends Mikhail Naimy and Ameen Rihani.