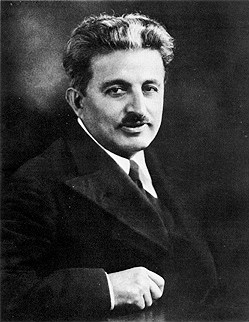 Ameen Rihani  (Arabic: أمين الريحاني‎ ) (24 November 1876 – September 13 1940), was a Lebanese writer, intellectual and political activist. Born in Freike to a raw silk producer, he later emigrated to New York where he met with other influential Lebanese writers, including Kahlil Gibran, Mikhail Naimy, Elia Abu Madi. Rihani is  considered to be the founder of “adab al-mahjar” (immigrant literature), …

A commemorative stamp was issued by the Lebanese government in memory of the 25th anniversary of his death in 1965.