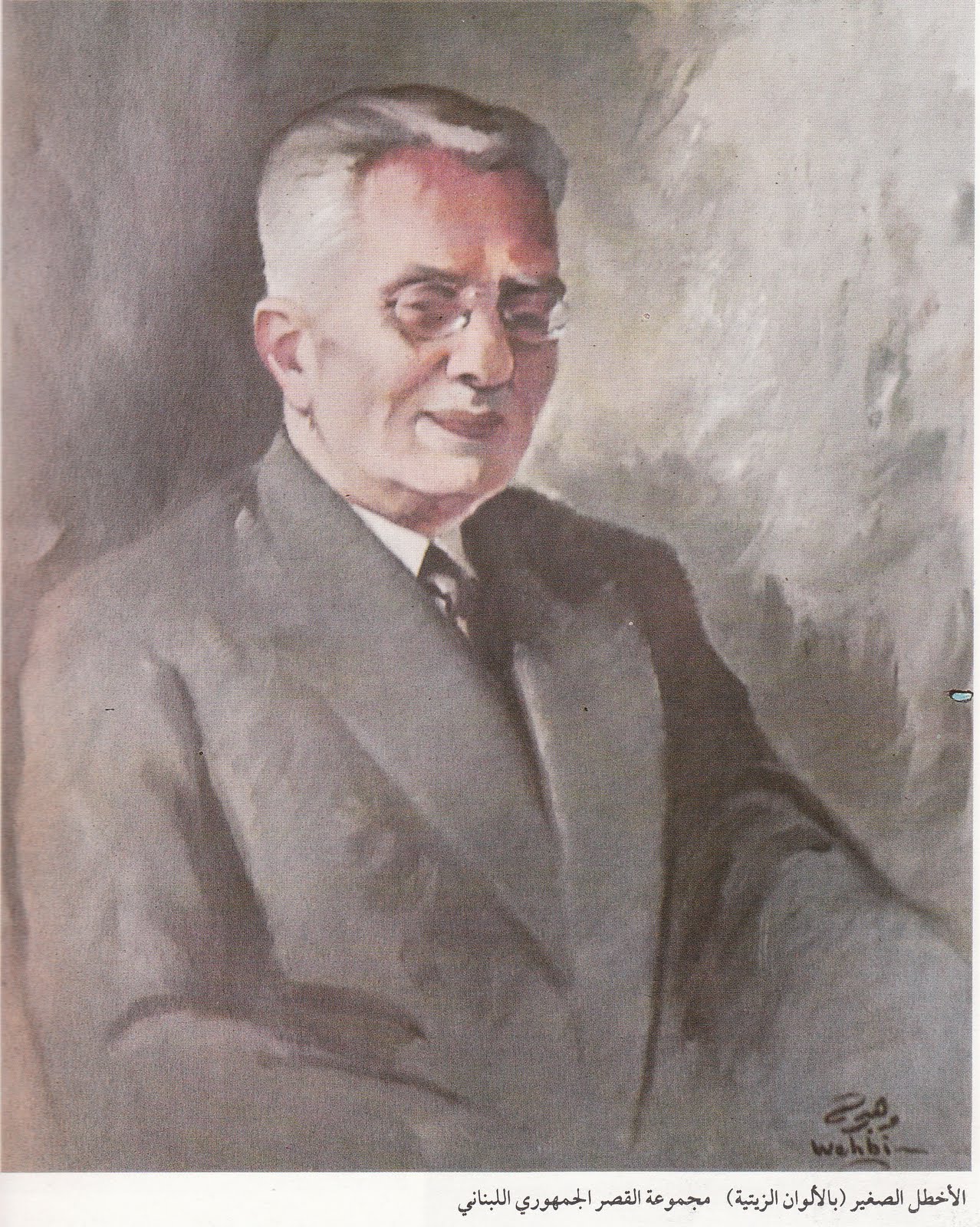 Bechara Abdullah El Khoury  – Al Akhtal al Saghir  (Arabic:بشارة الخوري – الأخطل الصغير )‎ (1885 – 1968) Born in Beirut, he founded the newspaper Al-Barq in 1908 which continued until the beginning of 1933, when the French authorities closed it and abolished its concession. His life was a series of literary and political battles, in which he pledged his pen and poetry to defend his nation and awaken their hopes against colonialism and Zionism. His poetry was characterized by originality, elegance of phrase and lyricism. In a ceremony honoring him at UNESCO’s Beirut Hall in 1961, Bechara Abdullah El-Khoury was dubbed Prince of Poets.