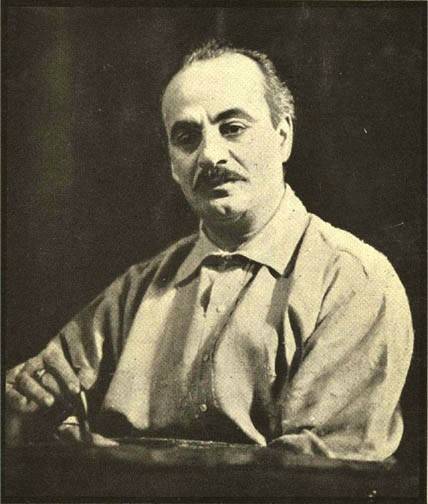 Kahlil (Khalil) Gibran (Arabic: جبران خليل جبران‎) (January 6, 1883 – April 10, 1931) was a Lebanese writer, poet and visual artist. He was born in the town of Becharre, before moving to the US. Due to an error at school, he was registered as Kahlil (not Khalil) and continued to use that spelling. His 1923 book The Prophet is the third best-selling poetry publication of all time, behind Shakespeare and Laozi. Gibran took part in re-establishing the New York Pen League, also known as the “immigrant poets” (al-mahjar), alongside Lebanese authors including Ameen Rihani, Elia Abu Madi, and Mikhail Naimy. The league dissolved following Gibran’s death in 1931 and Mikhail Naimy’s return to Lebanon in 1932. He enjoyed a written love affair with May Ziade for almost 20 years.