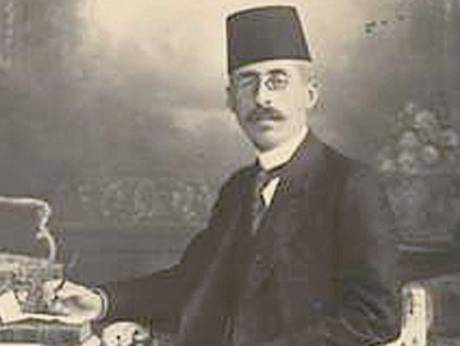 Shakib Arslan (Arabic: شكيب أرسلان‎‎) (25 December 1869 – 9 December 1946) was a Lebanese Druze prince (amir), also known as Amir al-Bayān (“Prince of Eloquence”). In addition to being a politician, he was also an influential writer, poet and historian. A prolific author, he penned some 20 books and 2000 articles, and was a leading intellectual figure in the Arab world in the ’20s and ’30s. His daughter, May, married Lebanese Druze politician Kamal Jumblatt and he is the grandfather through her of Lebanese politician Walid Jumblatt.